Some more pics from earlier this year. 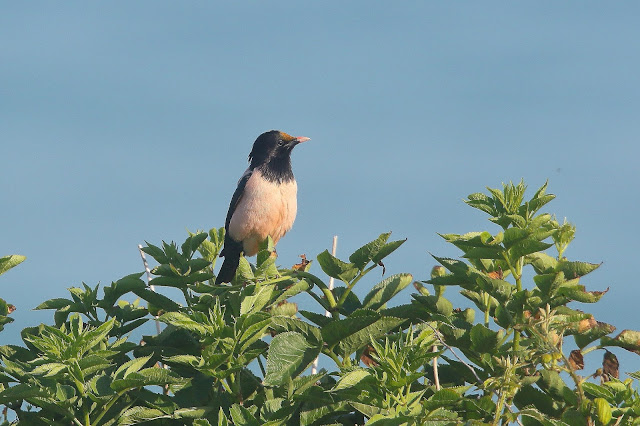 Adult Rose Coloured Starling Hayle  Towans June. Some good friends of mine phoned to say they had an unusual bird visiting their  garden and suspected it might be a RCStarling and asked me to take a look ,sure enough after a few minutes this splendid bird appeared in there back garden. 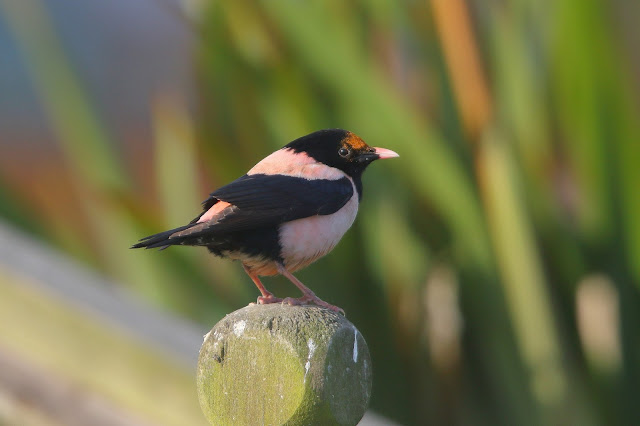 The yellow on the forehead is pollen . 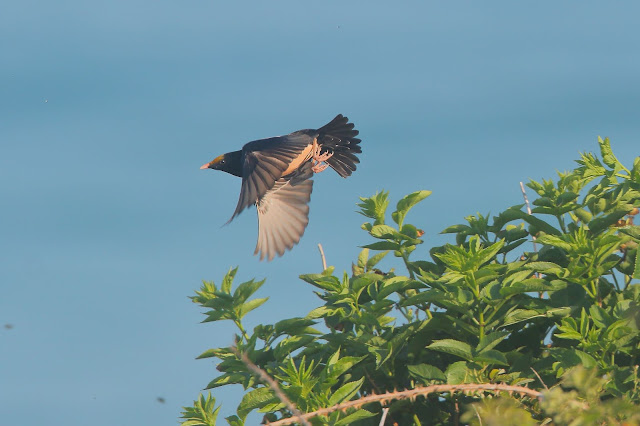 Rose Coloured Starling Breeds to the west of the Black Sea and southwest Siberia through Turkey and Iran to West China it mainly winters in India and Southeast Arabia. It reaches Britain  and western Europe as a scarce vagrant in small numbers, 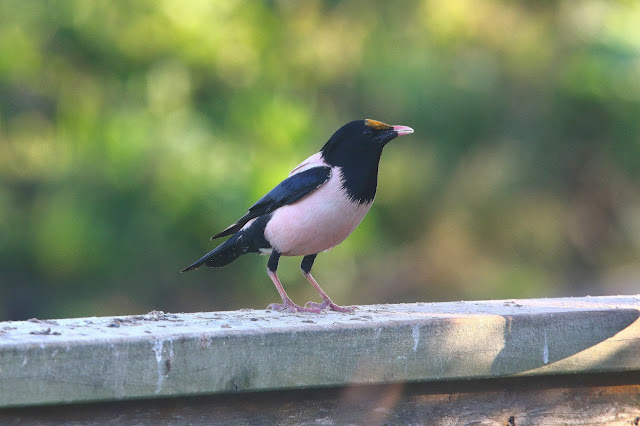 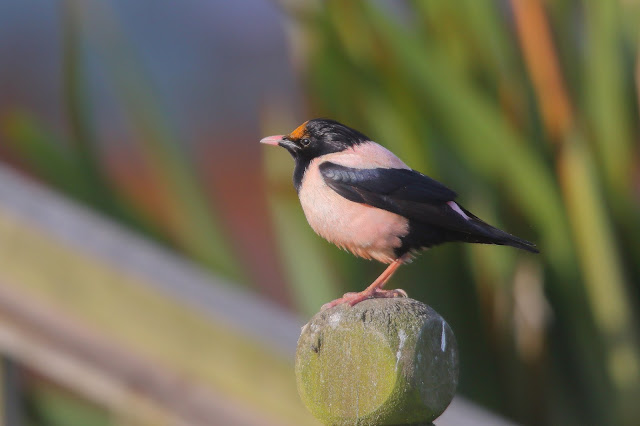 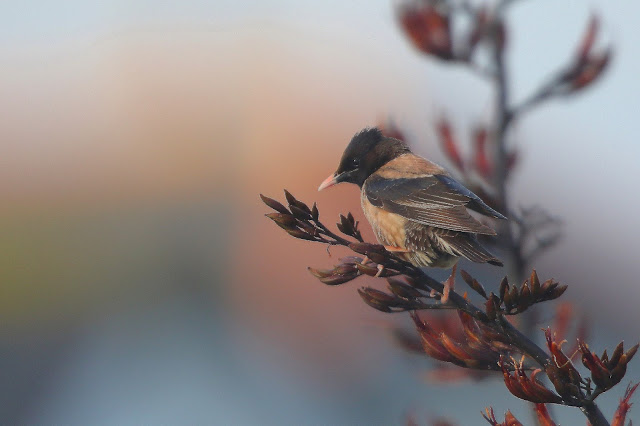 I decided to go back first thing the next morning to get some pictures as the forecast was nice and sunny and to my surprise this probable first summer bird turned up. 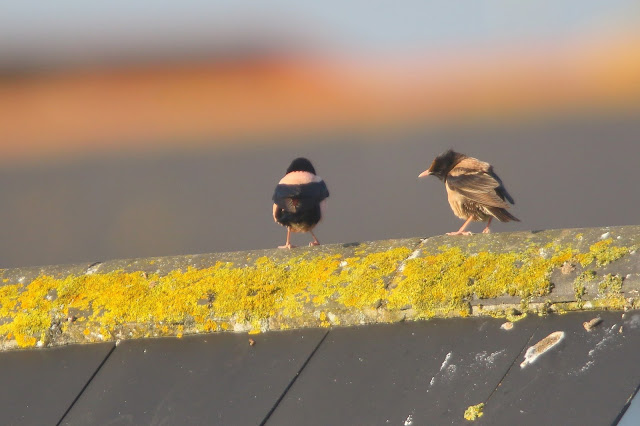 Not everyday you get two Rose Coloured Starlings in your garden . 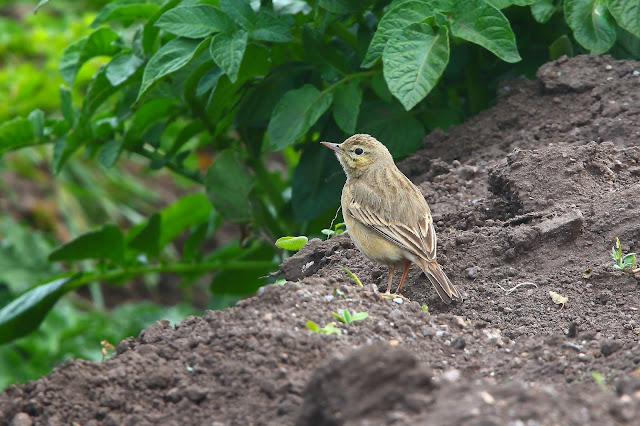 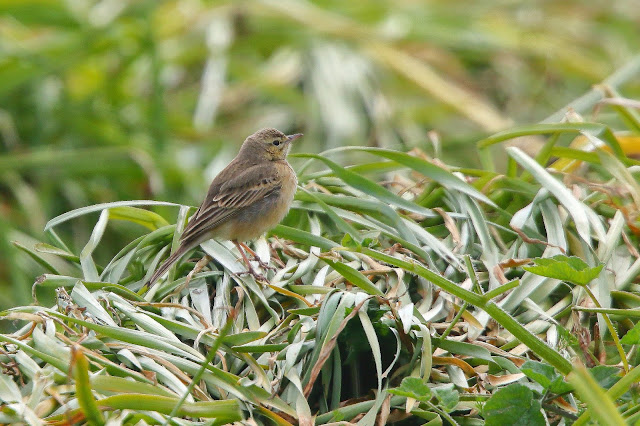 Tawny Pipit breeds across continental Europe to west China and south to North Africa and the Middle East it winters mainly in the Sahel ,north east Africa and Arabia. It is a rare vagrant to Britain . 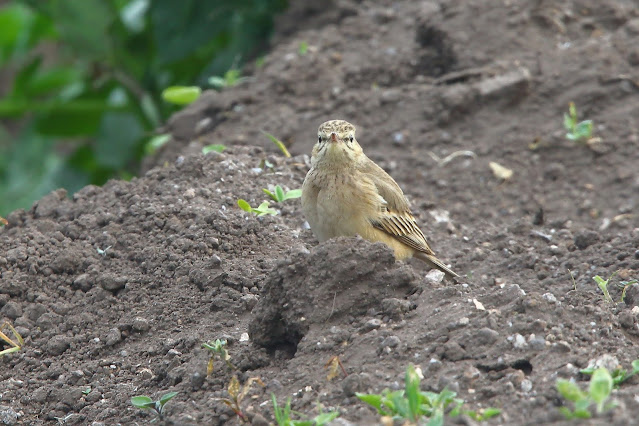 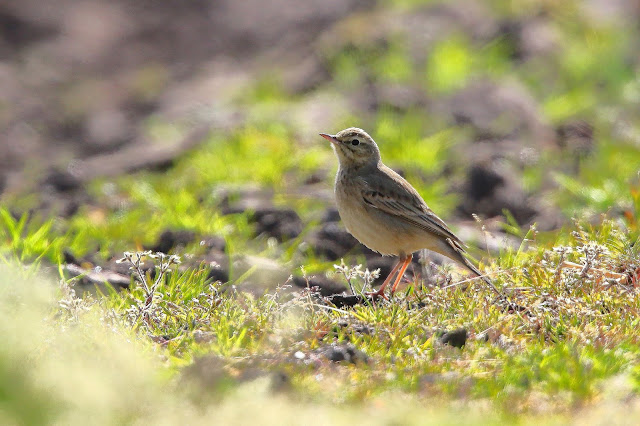